There have been a few changes since I last talked about the team. Regular readers might remember that once I signed on the dotted line, the team filled up almost immediately.

Once the financial and physical reality set in, a few of the committed members backed out. At one point we had too many members for a full team, then almost overnight, we did not have enough.

We scrambled to find replacements. At first this was an international team, which I suppose it still is, but we now have a larger Carolina contingent. Five of the Nine members live in North or South Carolina. Wes, Chris, Ed, and Paul, welcome to the team.

We also have a name. After much discussion, and a lot of bad suggestions(including all of mine!), good ol’ Gerry came up with ‘Vicious Cycle.’ We had waffled on all the names before it, but this one was welcomed unanimously. 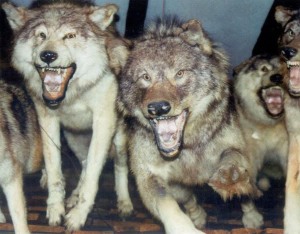 The name works on a lot of levels. First of all, we’ll be frothing at the mouth viciously as we attack the climbs of the alps — at least that is what we are convincing ourselves. We’ll be a pack of wolves, and our prey will be the legendary Cols of Alpine France. Whether we attack with vicious vigor, or if we whimper to the finish line, is yet to be seen.

The multiple meanings don’t stop there. The training schedule is also going to be a vicious cycle, although most of that biting will be done to ourselves. And, in case nobody noticed, we ride bicycles, viciously.

Gerry took to the idea so much that he re-named his blog. I recommend all of those who are interested in the Haute Route, and following this blog, to also follow him. Here is his profile post about the team members.

Once we had a name, we had to get registered. I have to credit Rob and Gerry for that. They did the appropriate research to get in via the Team Guaranteed program, coordinated payment, and made it all official.

Because of this registration system, we were official before registration opened to the public on November 1st. That’s a good thing, because I understand that it sold out in roughly 15 minutes. There’s a lot of demand for this ride, and we have to credit the organizers for not overwhelming the event with larger registration numbers.

Next comes the jersey design, which Rob is generously going to quarterback. We have already selected a company, and thrown around a few thematic ideas. More on that later.

Most importantly, we recognize the ambition of what we’re trying to accomplish. Training is underway on all fronts. We’ll be ready.

Like Loading...
This entry was posted on Saturday, November 10th, 2012 at 9:18 am and tagged with french alps, haute route, team, vicious cycle and posted in Haute Route. You can follow any responses to this entry through the RSS 2.0 feed.
« The Strength Cycle, Phase One
Mount Pisgah and Town Mountain, Asheville »