First off, thanks to all those who reached out to me after the injury news. I received a lot of encouraging comments here, on Facebook, Twitter, and a lot of text messages and emails. Whether the comments were simply well-wishes or constructive advice, they were all appreciated.

Now that the shock of the diagnosis has worn off, I’ve been able to come to terms with the injury.

One thing I discovered pretty early is this is a freak injury for a cyclist. I scoured the internet for examples from others, but found only a legion of runners. Unlike running, cycling has no impact whatsoever, so it is boggling that any type of broken bone can occur. Even though I had run a couple times leading up to the climbing events, it was not nearly enough to suffer an injury of this nature. There is no other possibility than for this to have happened while climbing, probably out of the saddle as the doctor suggested.

Here is the best description I found of the injury.

Another common subject that came up when I talked with others was that I trained on the stress fracture. While it would be easy for me to brag about riding around with a broken bone, it really was not as impressive. The symptoms of the injury were more like tendinitis. When my body warmed up, I often would feel very little, if anything. There were only a few situations where it hurt during the activity. Six Gap was notable. Beyond that, it often hurt quite a bit after the events, but would improve with rest.

Speaking of rest, that’s what I’ve been doing, and will be doing for the next number of weeks. Kelli worked with me to find the best vitamin recipe to get the Vitamin D, Calcium and Magnesium to help heal my bones. I’ve been making it a point to eat things that are richer in nutrients, specifically calcium. I’m also walking around with a crutch for the time being. I could function with a slight limp, but the doctor thinks it is best to keep weight off the hip as much as possible.

I feel pretty good about the recovery process and getting back on the bike. So far I have not noticed a significant difference, but that’s to be expected. Bones are slow to heal. One thing I noticed when reading a lot of the testimonials from runners is that it is difficult for them to return to activity. Fortunately I will not be running. I found many examples of runners that will cycle to get their legs into running shape. Even though the doctor hasn’t told me this, I’m pretty sure I’ll be able to start some light pedaling after the initial healing process. That’s a good thing. Climbing may have to wait awhile.

On the brighter side, my friends at Vork Cycling showcased their amateur Photoshop skills to make light of the injury. This was hilarious. 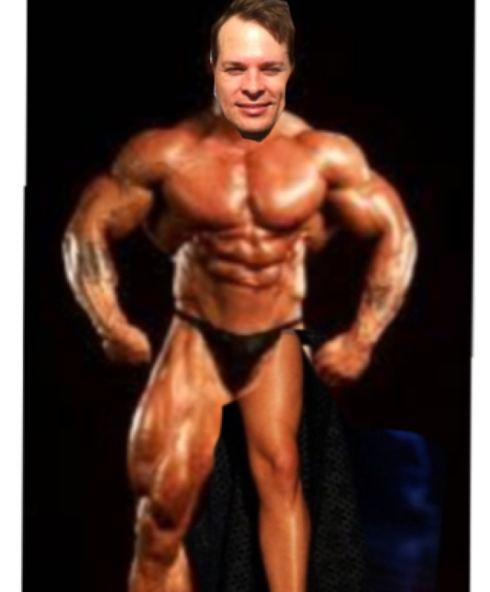 Like Loading...
This entry was posted on Sunday, December 23rd, 2012 at 10:16 am and tagged with cycling, femoral neck, injury, recovery, running, stress fracture and posted in Injury. You can follow any responses to this entry through the RSS 2.0 feed.
« 2013 Haute Route Alps – Route Details
2012 Year in Review »