The last day was at the highest average elevation, and had the best visuals of the entire trip. Here are some photos from Friday when we finished our adventure. 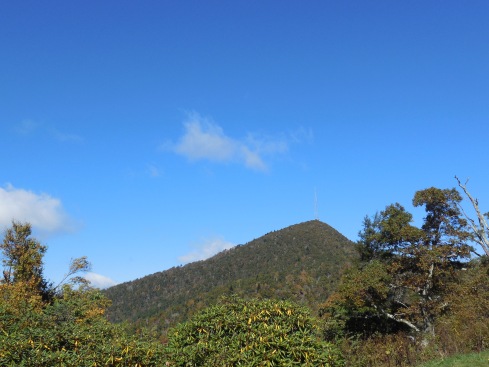 Some of the Fall colors were out at 5,000 feet for the Richland Balsam climb.

Graveyard Fields were swarmed with people getting pictures.

Some more colors on the climb up to Richland Balsam 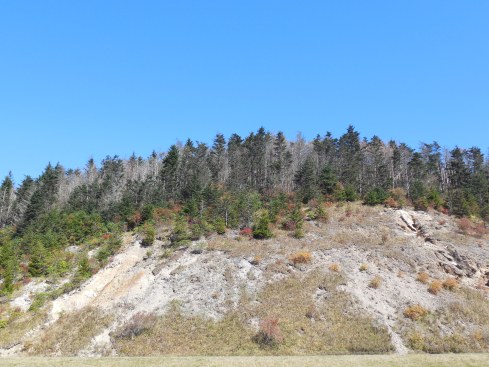 This is the Richland Balsam summit, taken from the highest point on the Parkway.

Chuck saying his farewells at Richland Balsam as he prepares to sit in the car for hours. 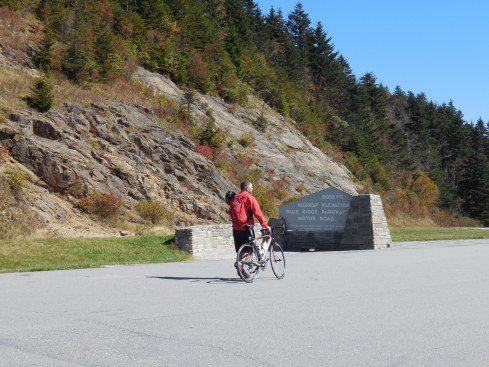 Jeff came up to Richland Balsam to pay us a visit. Good to meet you, Jeff.

Wes taking Julie’s picture at the high point of the Parkway. 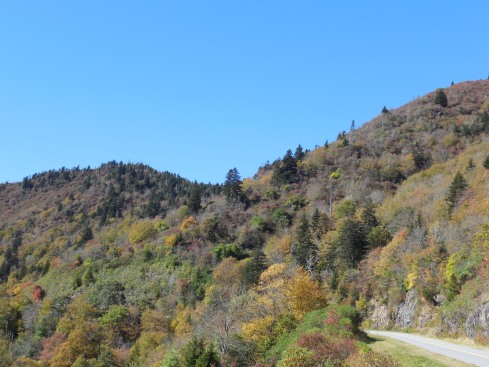 Some of the beauty on the Waterrock Knob climb. 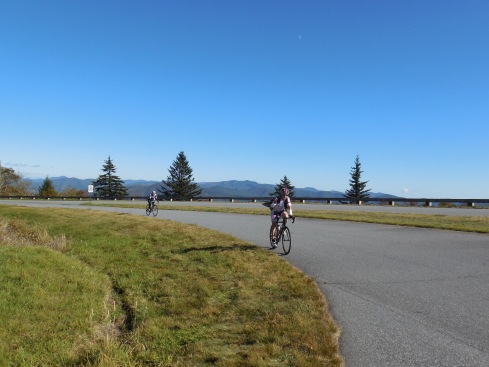 Wes and Julie complete the climb up Waterrock Knob. 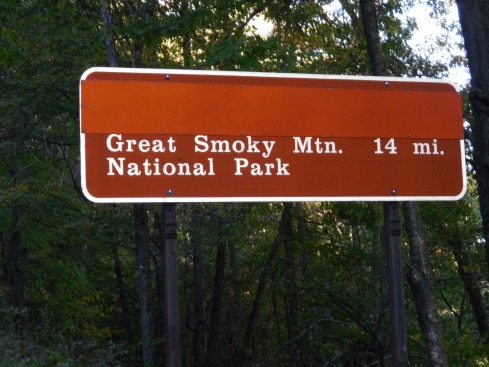 Almost there. Those last miles would be almost all downhill. Congrats everyone!

Like Loading...
This entry was posted on Sunday, October 13th, 2013 at 6:46 pm and posted in Blue Ridge Parkway. You can follow any responses to this entry through the RSS 2.0 feed.
« Blue Ridge Parkway, Day 6
My Parkway Experience »