Yes, as some would say, I have crossed over to the ‘Dark Side.’ I broke down and bought a mountain bike. 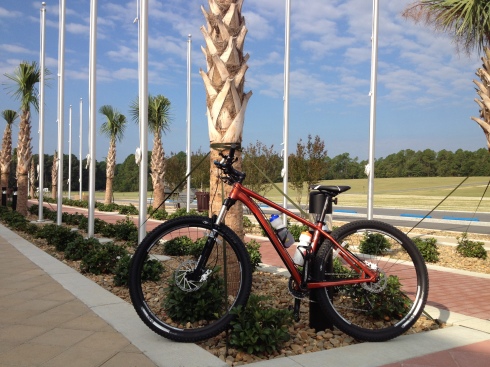 When hearing about the new purchase, my mother-in-law told my wife, “but he already rides his bike up mountains!”

My reasoning for this purchase was really for the off-season. With a potential heavy training schedule around the corner, I wanted to give myself some variety. Tri-City Cyclers have an Urban Assault ride that cruises the downtown trails and parks of Columbia, tours the university, city buildings, and generally heads all over the place. That’s a fun ride, and not really possible on a road bike.

Ironically, I bought a mountain bike to ride in the downtown streets, and plan to use my road bike in the mountains.

While my intentions are not to become a mountain biker, this could lead to some outdoor adventures down the road. When traveling to the Carolinas, I could explore the trails in Pisgah and Dupont forest. There are also nearby trails like FATs in Augusta, Harbison in Columbia, and the Palmetto Trail throughout the state. Someday I may even decide to take a stab at a more extreme mountain bike adventure. The Off Road Assault on Mount Mitchell could be fun. The same goes for the Leadville 100, Shenandoah 100, and who knows what else?

The bike is a Trek Stache 7. I bought a close-out model from Brian, who just conquered the Haute Route Alps, at Outspokin’ Bicycles in Columbia. This is a hardtail 29er. At first I was tempted to go for a full suspension just in case I lean towards more serious adventures down the road, but opted for a mid-range bike. This will be plenty as my second bike, as I learn how to ride the trails. 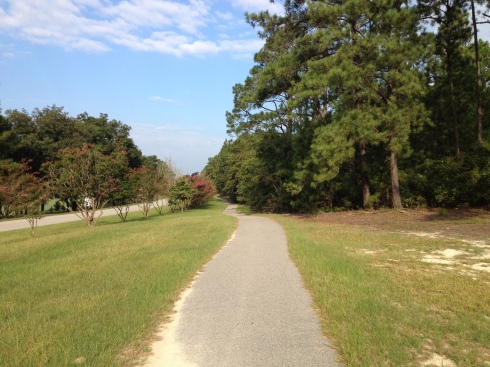 Why ride on the road when you can ride a path?

My first ride was around Fort Jackson, where I have sweated buckets on my road bike. The mountain bike gave me a new perspective of the fort. I was able to explore areas that I have curiously ridden past numerous times, such as Twin Lakes Park, beyond Ewell Road, and various side roads and trails. That’s what I like most about the bike. I’m no longer confined to the constraints of the local roads. If I want to go somewhere, I can just go there.

One thing I noticed right away was the fitness difference, and riding on the fort was a good way to make a comparison since I’m so familiar with riding here with a road bike. From a cardio perspective, they are apples and oranges. With the road bike, once warmed up, my heart rate seldom gets below a tempo heart rate zone. With the mountain bike, the heart rate was almost always below tempo. It would elevate on more challenging terrain and, of course, uphill, which was a lot tougher. In this respect, it was like riding easy intervals. It is more like short sprinting, whereas the road bike is more of an endurance ride. 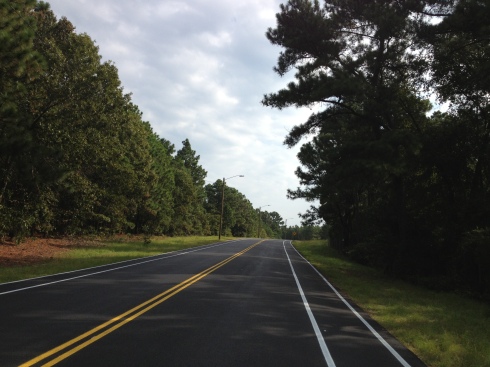 Golden Arrow was freshly paved with a bike lane. Nice!

The first ride was a blast, and I hope for many more soon. The downside was that the injury became a problem, which I’ll discuss in more detail later.