After conquering Caesar’s Head Mountain on Saturday, I stayed up in the mountains and did some climbing in Saluda on Sunday. We are going back to Saluda this weekend so I’ll write more on that later (Garmin link). Instead I’m going to share a story of something interesting that happened on the ride. In hindsight it is quite a funny story, even if it wasn’t very funny at the time.

After riding about 35 miles, most of which were heavy climbing, I headed back to Saluda to resupply my liquids and get a quick bite to eat. At this time I was pretty tired and both of my bottles were empty. I took a leisurely pace back to town.

Maybe a mile outside of Saluda, I took a downhill pretty fast and was getting ready to spin up one of the last remaining hills before town. Right as gravity started to slow me down, where I would usually shift into the lower chain, I heard some loud barking. I looked to my left and immediately saw a mean, frothing dog barreling toward me. He didn’t hesitate. Once he saw me, he decided cyclist was on the lunch menu and he went into attack mode.

I could see he was coming, and coming fast. I knew that if I continued up the hill, I would be going too slow and he would catch me quickly. Instead, I instinctively spun my wheel around and went back down the hill. I pedaled like my life depended on it, constantly looking back to see whether he was still chasing. He was, and to my surprise he was keeping pace. As I hit the hill, I was worried that he might catch me, but he finally tired out.

At the time I didn’t think of what type of breed, but after doing some Googling later, I discovered that he was a pit bull. I have encountered dogs a number of times during my travels, and most will respond to loud vocal commands. If I yell “NO!” or “DOWN” they will usually either stop completely or hesitate, allowing me enough time to get out of their reach. I knew that would not be the case with this guy. If anything, that might just agitate him further.

I was perplexed. I absolutely needed to get back to town, but this was the only easy route back. I could have taken an alternate that would loop around for 10 miles. The first 6 of those miles would be easy downhills, but the last four of those would be tough climbing up the Saluda grade. Doing that without water would be impossible. I inched forward down the hill, making sure I had energy to make another getaway in case he gave chase again. As he heard me encroaching, he let out another bark. I scurried away again, and waited, weighing my options. 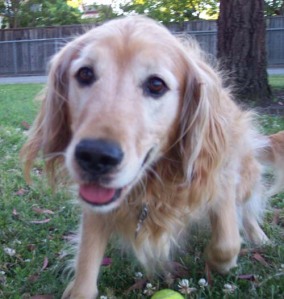 Meanwhile another dog walked past me. This guy was the polar opposite of my opponent. He was a mutt and seemed friendly, or at least disinterested. He was walking around with a worn out shoe in his mouth. He hardly even acknowledged my presence and I didn’t feel threatened by him in the slightest. He settled on the side of the road, between me and the other dog, who was at this point out of sight at the house.

Around this time two other riders showed up. I flagged them down, told them about the dog, and asked if we could ride through together. Hopefully the three of us could have better luck than just one.

We rode down the hill slowly, conserving energy in case we had to bolt. We kept a watchful eye on the house, nothing happened. The nice dog wandered into the road, still with the shoe in his mouth. The other riders looked and laughed. ‘Is that him?’ ‘No, that’s another dog.’ We kept going and passed the house. The dog wasn’t there. We go on our merry way, leaving the drama behind us. My guess is the owners heard the dog barking and came out to put him up. The road has a lot of bike traffic and they probably do this often on a weekend day.

I talked with the guys on the way back and they gave me a few playful jabs for being afraid of the dog. I think they really thought it was the tame dog that had me so startled, not knowing the bloodthirsty monstrosity that was first after my wheel.

So how do you deal with aggressive dogs on the road?

Like Loading...
This entry was posted on Wednesday, April 13th, 2011 at 7:13 pm and posted in Blog. You can follow any responses to this entry through the RSS 2.0 feed.
« Assault on the Carolinas 2011, Brevard, NC
Two Sundays in Saluda »

11 responses to “Dog versus Man”